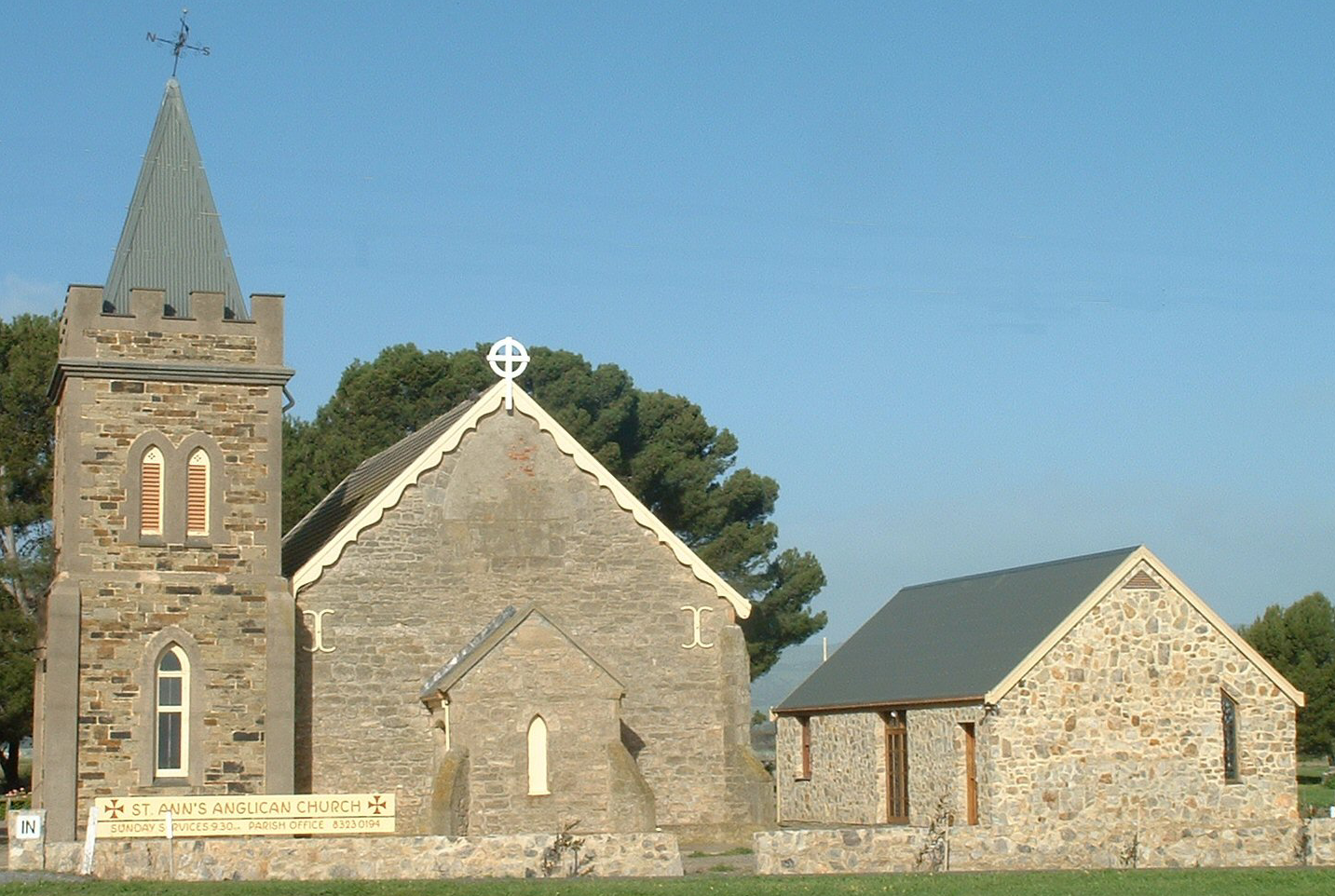 If you travel on Main South Road, past Aldinga, you will have seen the stone church of St Ann, and its hall, on the east side of the road at 7 Stonehouse Lane, Aldinga (just off Main South Road).

In Bishop Short’s scrapbook, a newspaper clipping describes the history and the opening of St Ann’s by Dean Farrell:

“For several years the inhabitants of Aldinga have felt the need of a church because of the distance from Willunga, and state of the roads in winter. In October 1865, Mrs Short laid the foundation stone on the gift of an acre of land by the South Australian Company, eligibly situated in a line with the cluster of buildings comprising the Aldinga stores, Post Office, and on the Main South Road. It had a slate roof, and was built of local stone. The Rector was the Rev’d EK Miller of Willunga.” 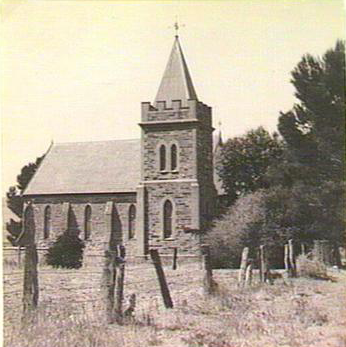 The church was dedicated to St Ann, the mother of the Virgin Mary, and, therefore, the grandmother of Jesus. The tower was added in 1911.

In 1948, the then Rector closed the church because of lack of numbers, but in 1954 it was re-opened and restored, the walls re-pointed and the interior painted with red and blue. 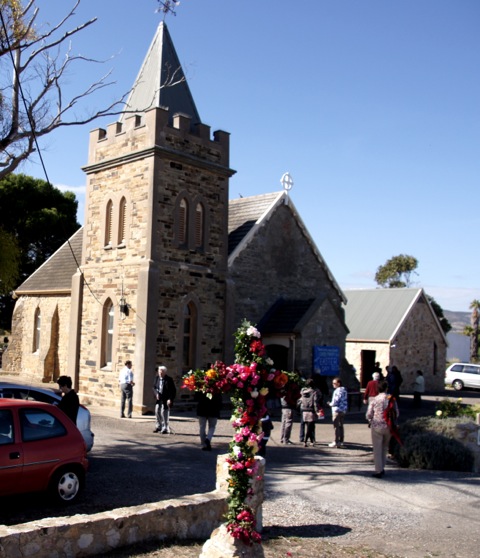 The first burial in the cemetery was in 1864, four years prior to the consecration of the church. This was of an eleven-month-old girl named  Susannah Nelson. Her death, at such a young age, and the graves of other pioneering families, reflect the harsh conditions of the time. A few years later, in 1870, a Dr Knipe was buried. He was the first doctor in the district, and it is said that he died of overwork, caring for the people of the district. He would travel any time, day or night, to visit patients. Other pioneer families buried here include the Butterworths, McKenzies and Cocksedges.

The story of the building of the hall adjacent to the church began in about 1988 when the Ladies’ Guild decided that St Ann’s needed a toilet and also a place to boil a kettle. The Guild created a building fund, which was built up over many years through hard work, with much of the money raised through quarterly jumble sales. Stones were collected in rock-picking picnics by parishioners, from Bushy Martin’s block at the top of Willunga Hill, and a foundation stone was laid on April 30, 2000, by Canon Graham Cooling. The room was built by parishioners and was opened on 11 February 2001, by Bishop Graham Walden.

The stained glass window, created by Elizabeth Blades, is in memory of Shelley Philpott (1971-1994)

Built in 1860, and still going strong, St Ann’s normally has services at 9 am on Sundays. The first Sunday of the month is an informal “Family Service”, led by lay members of the congregation.

Occasionally, we join with other churches in our Pastoral District for a combined service, which may be held at another centre. 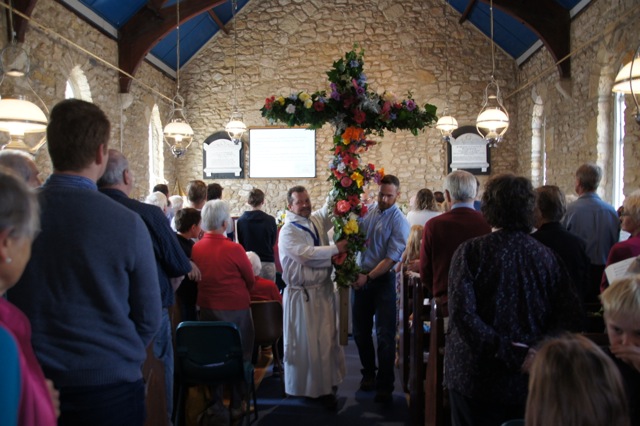 Located in a growing community and a popular holiday area, we are glad to welcome visitors to our services and to the morning tea that follows. Lessons and activities are always available for children at service times.