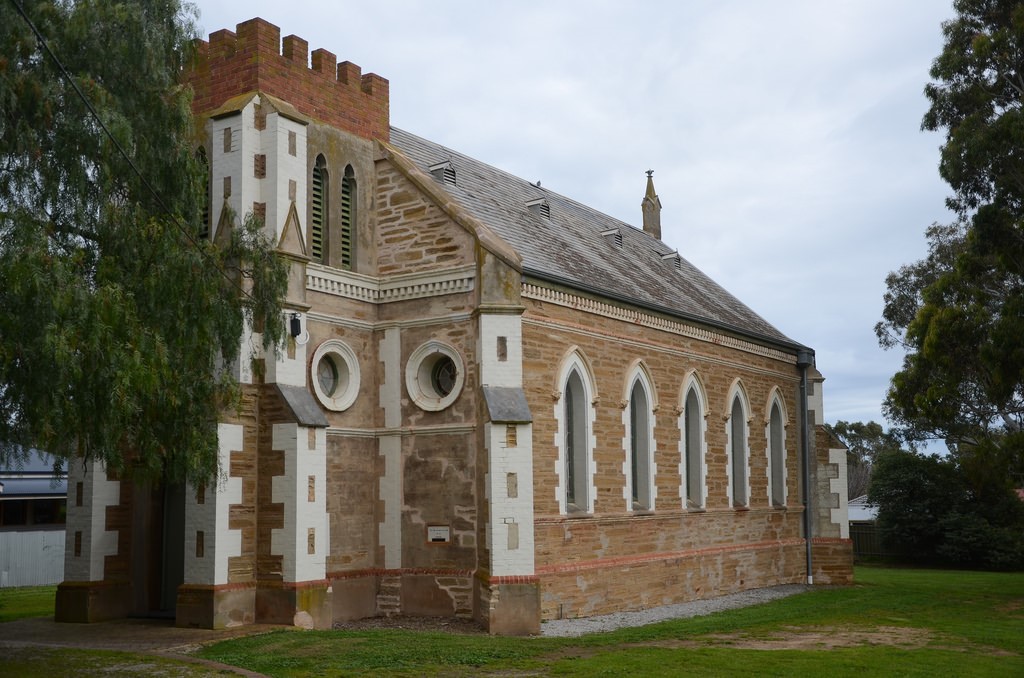 The original church of St Stephens was constructed in 1848 as the centre for the Church of England Parish of Myponga, Yankalilla, Meadows and Port Elliott, as well as the Willunga District. It was located on Aldinga Road, further out of town, but was replaced by the current building, located in the centre of Willunga, in 1884.

The church is now one of seven churches in the Ministry District of Southern Vales.

The old church then fell into disuse, possibly used occasionally for funeral services. The building itself was demolished in about 1930 and very little evidence remains of its location within the cemetery.

The new Church of St Stephen, which seats 80, was completed in early May 1884. It is of Gothic style, with brick dressing. Local identity, George Sara was the builder.

The edifice was dedicated on 6 July, 1884. The church was complete with a tower and spire with spirettes on each corner.

In the 1920s the spirettes and the spire were removed.

The tower houses a bell of 225 pounds (102.2 kg), supposedly cast in the reign of Elizabeth I. A feature of the building is the leadlight windows.